Is Your Money a Total Player? 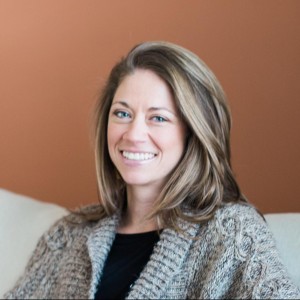 Ever feel like your money is a total player?

Like money is there one day but gone the next?

I remember feeling like money was so…unavailable to me. I was obsessed with money…I couldn’t get enough of it…a little taste just left me wanting more.

When money was around, I felt convinced that it would sweep me off to paradise…give me what I wanted…make all my wildest dreams come true.

But I knew that I wasn’t the only one who wanted money. Who doesn’t want money loving up on them?

I knew money could grab the attention of anyone it wanted to.

My suspicion about what money was doing for other people (especially when it wasn’t with me) kept me up at night…and made me feel jealous of the girls who had money when I didn’t.

But then money would come back into my life, and like a page out of Neil Strauss’ book The Game, money was like a pick up artist manipulating me to fall hard for it…become obsessed with it…and let it consume my life.

Just when I would start to trust money and think it would finally commit to a long-term relationship with me, it would ghost me…

…leaving me hanging with unpaid bills in hand…wondering when money would be back again to meet my needs.

I started getting fed up with all the money games. What a player!

But was it really?

It felt a little unfair to point all the blame at money. I mean, it takes two to create problems in a relationship.

I started thinking about my own behavior when it came to money.

What had I done for money lately? (*singing this classic Janet Jackson song*)

All I did for money was cling to it…demand more of it…stalk it like a crazy ex-girlfriend…and try to keep it away from other people.

Maybe money wasn’t a player…maybe the problem was ME.

Long story short: I WAS the problem.

I started doing things for my money so it would want to come back to me…stick around for awhile…and have some fun together.

And that made our relationship become based on love and respect…rather than jealousy and manipulation.

If you feel like money is a total player, you’re not alone. Come join my free Date your Money FB group where I dish out plenty of advice and support around changing your mindset and romancing your money.